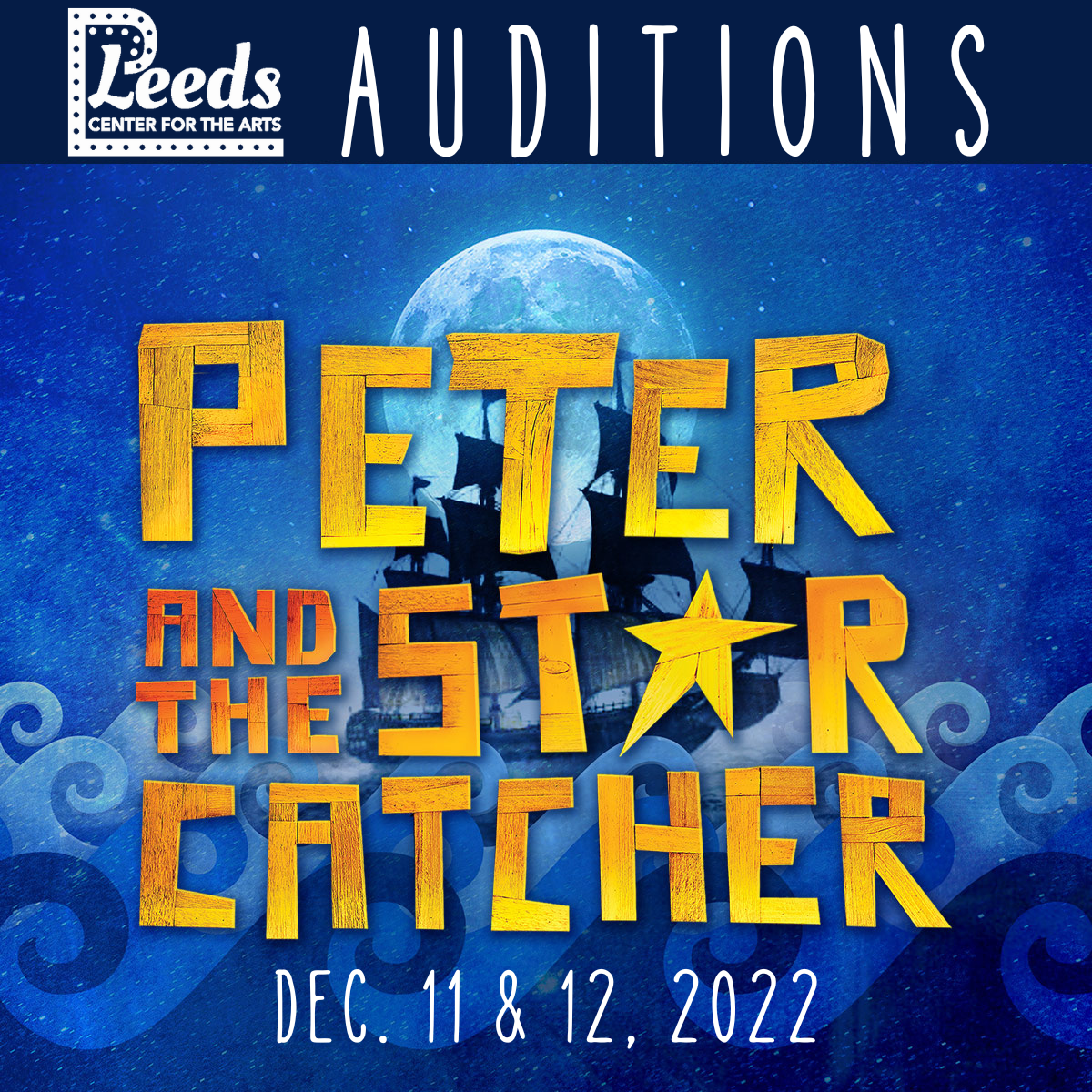 Peter and the Starcatcher Auditions

Peter and the Starcatcher Auditions

Leeds Center for the Arts is excited to announce auditions for Peter and the Starcatcher!

Everyone auditioning must fill out THIS FORM.

Bringing a headshot and resume are encouraged. You will need to be present for the entire time slot of your choice.

Auditions will consist of cold readings, movement and ensemble work, and a bit of singing that will be taught to you at the audition.

This show will be directed by Esther Neel.

Character Breakdown:
Black Stache: A notorious pirate, terrorizing the seven seas in search of a worthy adversary. Heartless, hirsute, and suspiciously well read. Partial to the poetical and theatrical, which causes him to behave quite flamboyantly.
Molly Aster: A young girl and Starcatcher apprentice who is taken aboard the Neverland as precious cargo. Curious and intelligent, she is only beginning to understand the confusing romantic longings that come with her age. She will risk anything for the sake of what is right.
Boy/Peter: A lonely and hardened orphan who doesn’t miss much. Nameless, homeless, and friendless at the beginning of the play and a hero by the end. He wants a home and a family more than anything, and dreams of a life of being free.
Grempkin: The schoolmaster of St. Norbert’s Orphanage for Lost Boys. Mean and malodorous, he revels in keeping his boys in the dark and malnourished. Optional Doublings include: FIGHTING PRAWN; MACK; SÁNCHEZ.
Mrs. Bumbrake: Molly’s nanny, a stereotypical British cad and outfitted with the duty of teaching Molly about womanhood. She still has enough charm in her age to attract a sailor or two. Optional Doubling as TEACHER.
Bill Slank: The vicious orphaned captain of the Neverland. Does not possess the capacity to lead anyone but himself, which puts himself constantly in disaster. Greedy enough to send boys to their doom for the chance of gaining starstuff. Optional
Smee: Black Stache’s first mate. He is single-mindedly dedicated to his captain’s every whim.
Prentiss: An orphan, ambitious, hyper articulate, and logical. He yearns to be leader, even when he knows in his heart that he’ll never be one. A bit of a blowhard with a touch of cowardice.
Alf: A seafarer, an old sea dog proud of his tenure. His kind heart gives him an appeal to the feminine sensibility.
Lord Leonard Aster: Molly’s father, a loyal subject to the Queen. The very model of a Victorian English gentleman, he is a faithful friend and a secret Starcatcher.
Captain Robert Falcon Scott: Lord Aster’s old school friend, the captain of the Wasp, Britain’s fastest frigate. Lives with nautical bravura and heroic patriotism.
Ted: An orphan obsessed with food. A natural performer with easy wit and quite poetic language.

Leeds Center for the Arts